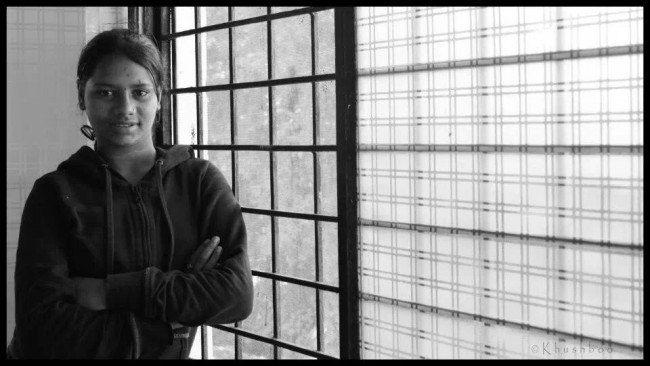 Naina, 13, had walked into our lives in jeans, gaudy multi coloured shirt and the disdainful attitude of a thousand, strutting peacocks writ large on her face, at the inaugural Street Smart meeting, averring, “Mein sab bachon ke leader hoon. Mujse baat karo”, “I am the leader for all children, talk to me.” 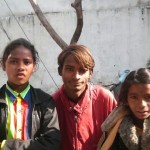 Naina, along with Raj Kumar & Sunita, was our 1st street child. Bold, unafraid, intelligent, Naina was a natural leader.  She   would help marshal our small group of street kids when we were still working from the pavements, she was part of Street Smart for the following 2 years, accompanying us for outreach, learning the alphabet and math, vocational training in the afternoon and returning to her family every evening. 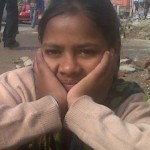 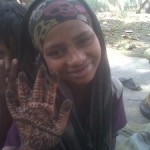 Naina suddenly disappeared and then we heard she was getting married. She had been sold off to the highest bidder by her family.   She was 15, but the family said she was 18 and there wasn’t a thing we could do about it !. Naina was also a battered child who had been sent off to beg at Astley hall as a young child and beaten if she did not return home with enough money. Her father is an abusive drunk who had threatened to sell her off to the highest bidder, which he did. Her mother is no better.

Hoping for a better future Naina ran away from her groom within a day into the waiting arms of Monty, who she imagined loved her. Within a week, Monty put her to work on the streets as a sex worker. We called in the police, Childline for counseling, admitted Naina into ‘ashrams’, but to no avail. It is now over 2 years that she left Street Smart.

COUNSELLING  – Battered and  abused children need persistent counseling alone and with the families. The family exerts enormous pressure on the child and cannot be ignored. Counselling is now a major part of our work.

STREET SHELTER – There is a tremendous need for a shelter for the most vulnerable. If we had started a shelter 4 years ago, Naina may not have been sold into marriage or become a sex worker. We have 2 separate hostels for girls and boys started in 2013.

CATCHING THEM YOUNG – From the time we took our nascent steps & started interacting with the children on the street, we ‘gently’ resisted dealing with the kids below the age of 6. Our reasons were compelling – we were not a crèche/’anganwadi’ equipped to deal with the wilful, crying tantrums of tots who lunched at their mother’s breasts & used any available space as their private loo!

After dealing with the persistent drunken bouts of Rajkumar, his self-inflicted knife wounds, his loneliness…..; Sunita’s self-doubts & addiction to ‘gutka’, Naina’s tragic entry into adolescence, we have realised the wisdom of the saying, ‘it’s easier to build strong children, than to repair broken spirits.’

At the recently started outreach at Kanwali Road, where we get about 80 children every day, at least 35 are between the ages of 3-6. They come charging in at 10am hooting with the very joy of being alive!

We hope to encircle their young lives with love, so that they learn to love & trust, to praise, so that they don’t view the world with cynical contemptuousness, to be honest, patient and tolerant & thereby reaffirm their faith in life!

Naina brings to mind Mark Twain’s saying “A hundred fly bites, cannot keep down a spirited horse”.   We sincerely hope Naina does not have to endure those hundred fly bites, we pray each night for her safety, physical and emotional. Because Naina is not only our most ‘spirited horse’, a natural leader, a go getter, she is first and foremost our child, whom we have loved and nurtured for over a year.

We have faith and we believe, sooner or later, Naina will be back.