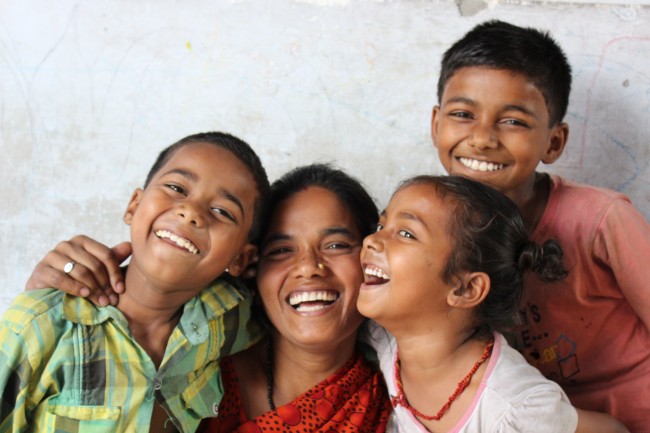 Geeta Didi, as she is fondly called by the Aasraa family, is the caretaker of the youngest children at Aasraa. Pre-teens come into the learning centres accompanied by their younger siblings. Only a few years older themselves, these youngsters are forced to bring along their little brothers and sisters, as their parents are unable to care for them. Geeta Didi is a part time mother to these tiny tots.

The first time I saw Geeta Didi in Unnayan Siksha Kendra, Kanwali Road she was surrounded by at least a dozen tiny children. Some were jumping around, some running around in circles playing; some were too tired and snoring peacefully. In the middle of the group was Geeta Didi trying to control the chaos. Once, she got everyone to pay attention, the group started to sing Hindi poems in a loud sing song tone that only lovers of Bollywood music understand. Then they played games, simple games that all Indian children know about. Then someone’s hair was undone that needed tidying. Someone made a mess in their pants that needed attention. And because children fight sometimes, some needed disciplining. Geeta Didi was like a super multi tasker taking care of it all.

After I saw her couple of times at a staff lunch and at other centres, she caught my attention. Actually, her big smile caught my attention. We got talking. I met her own children; Daya (10), Ram (6) and Lakshmi (4). I learnt her story. Like many others, she fondly recalls the day when she was spotted by Shaila Ma’am while buying vegetables across the road from the centre. That was 4 years back.

In Aasraa, Geeta Didi found a home and family that she had left behind in Bihar. She found employment, which helps her run her family expenses when her labourer husband is out of work. She has realised the importance of education and has appeared for Open Basic Education exams through National Institute of Open Schooling this year! (Aasraa Trust is the only NIOS centre for OBE in Dehradun).  Along with her three children, she is a student at Aasraa’s learning centres; her eldest child has been recently admitted into a mainstream school.

“I’m happy I have learnt to write my name after coming to Aasraa”, she says beaming with pride. As for her children, she adds, “I will be happy if they study well and find steady employment when they grow up.”

Such are the simple needs and wants of the people at Aasraa. We would like to thank you all so much for your generous donations over the past few months. With your support Geeta Didi’s family is living well and her children are in a school, where they always belonged. 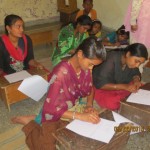 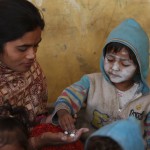 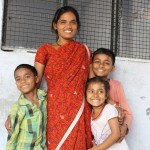